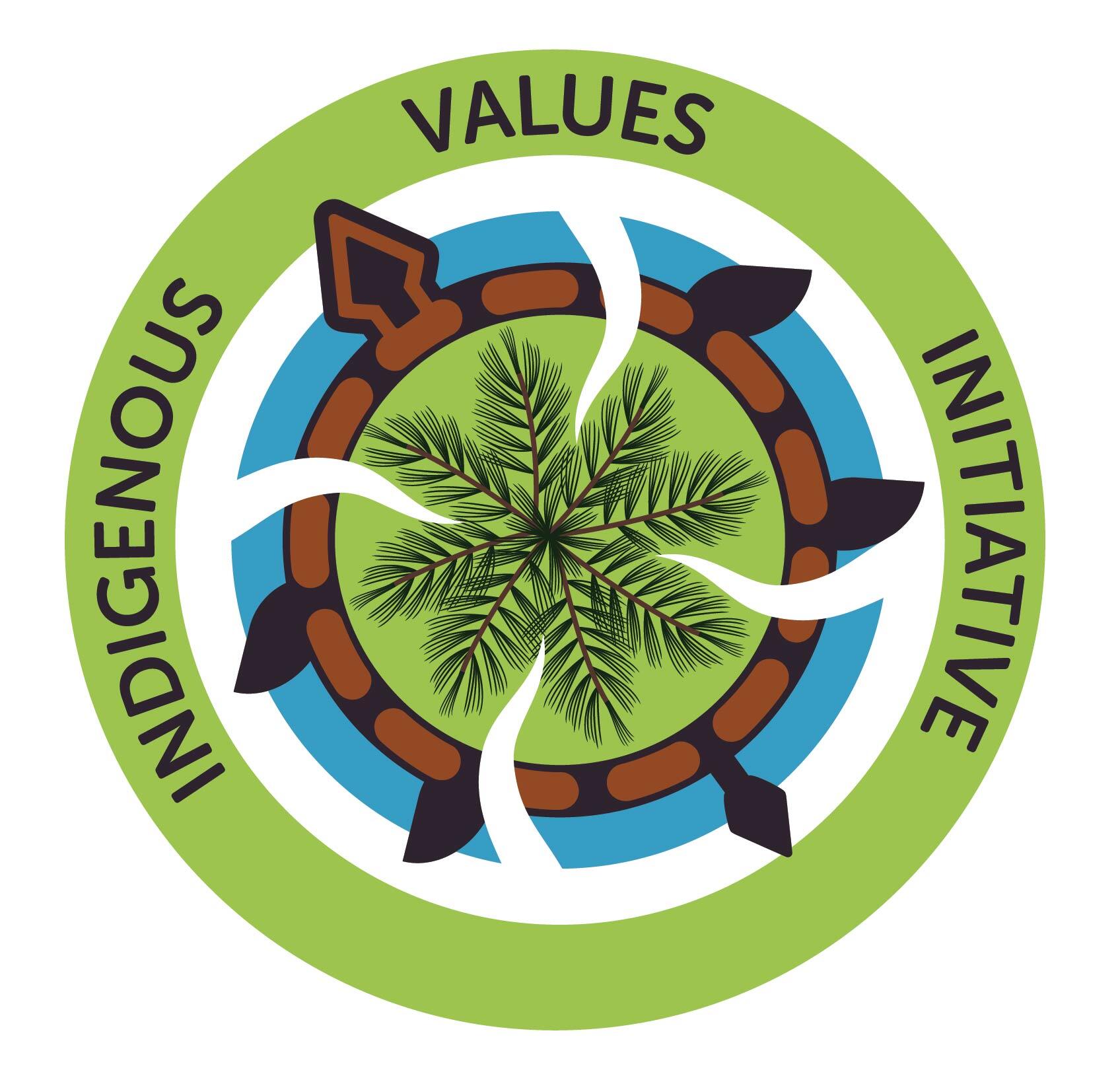 Dispossession is a continuum of practices that range from scorched earth campaigns to lawmaking and treaty negotiations. Today, such practices of uprooting Seven Generations peoples have come full circle. And, as a result, we stand at a perilous threshold that didn’t emerge just overnight. What, then, is to be done?

A “bad seed” was sown during the American Revolution in 1779 by the ground-breaking Sullivan- Clinton Campaign. That April, Gen. Washington’s scorchedearth strategy to not merely overrun but destroy Iroquoia targeted neutral Onondaga, dousing (for then) the Haudenosaunee people’s central council fire. Three months later, the operation resumed in western New York and burned out the Senecas and Cayugas from their ancestral lakes and homelands. Fighting a war on the cheap and mainly concerned for its rich Caribbean holdings, the British Empire offered at best a minimal defense of its Indian allies. Facing the largest juggernaut against American Indians seen to date, most Haudenosaunee fled northwest to England’s woefully and callously ill-prepared Ft. Niagara. After a horrific winter that took at least 200 lives, most Haudenosaunee migrated to the Buffalo Creek area or crossed the St. Lawrence River into Canada.

In its calculated “demonstration effect,” the Campaign spread an atmosphere of demoralization and overhanging threat that spawned a series of one-sided treaties and land speculator machinations that intended (but failed to achieve) the Haudenosaunee’s removal west of the Mississippi River. Having experienced the web of Iroquoia’s waterways and fertile soil, the Revolution’s officers and soldiers returned as pioneers and settlers; while voracious land speculators fancied themselves “second creators” of a providential, post-Indian, Civilized way of life. With attempted Indian removal, containment and pacification now well underway, the Empire State’s settler population soared by 400% from 350,000 to 1,350,000. Simultaneously, the Haudenosaunee population was imploding by 50%. Remarkably, this all occurred before the grand opening of the Erie Canal in 1825 — the hypercatalyst of America’s Westward Expansion. Thus, central and western New York were nearly depopulated of indigenous Haudenosaunee and, with this, came wrenching changes to the land: Taken together, the settler tsunami and Grand Canal would so massively deplete the ancestral forest that an Oneida chief described the nomadic settlers’ behavior as “drinking the trees.”

Left unchecked, market values were tied to the Biblical injunction to dominate all creation (Genesis 1:26) and a limitless appetite for personal wealth. This synergy uprooted communal property forms, indigenous reverence for Mother Earth, and respect for other species. The surveyor’s almighty grid turned “wilderness” into real estate. And the market determined actual land use. Forests were transformed into farms. Cleared land was valued far more than forested land. And a regime dominated by overhanging rent and mortgage obligations, subject to the volatile tides of supply -and-demand, would decisively shape production.

Trees would now be regarded as timber and commodified as lumber. “Lumber drives” (the cattle drives of this Wild Wild East) would ply the waters to meet the insatiable building needs of Manhattan and Philadelphia. Lumber was also funneled into building steamboats and providing fuel for their engines. As early as 1864, an outcry was issued to his countrymen by the little-remembered, great naturalist George Perkins Marsh: “The operations of causes set in action by man,” Marsh warned, citing the Mediterranean basin, “has brought the face of the earth to a desolation almost as complete as that of the moon.” But so great was the appetite and cash-craving for trees, and so oblivious were developers and consumers to any sense of balance or limits that New York State became functionallydeforested by 1900.

More specifically, Onondaga and Little Beard’s Town (in Seneca country) were the highvalue targets of the Sullivan- Clinton Campaign. Moreover, their subsequent development histories offer searing insights into today’s environmental crisis. In 1790, Simeon DeWitt, New York’s Surveyor General (and nephew of brothers Gov. George Clinton and Gen. James Clinton of Sullivan-Clinton), launched the Grand Survey that turned Iroquoia into real estate. DeWitt’s survey map shows a 1.5 million acre military tract — former Indian Country granted to pay off soldiers — in which Onondaga is enclosed by townships named for Roman conquerors, such as Manlius and Marcellus (conqueror of a city state named Syracuse). Onondaga Lake is detached from Onondaga, labeled the “Salt Lake,” and wholly encircled by a “Public Reservation”. The Onondaga’s removal from their lake was ratified by a one-sided treaty with the Empire State. And the “Salt Lake” would soon anchor the spectacular rise and expansion of the salt industry.

So great was the yield that, catalyzed by Gov. DeWitt Clinton’s Erie Canal, salt production begat Syracuse. Internationally renown as “The Salt City,” its briny treasure was transmuted by marketeers into “White Gold”. Indeed, high-grade Onondaga Salt provisioned America for the next 50 years and was exported in great quantity to Europe. The industry’s massive infrastructure – salt barrels, storage troughs and railway spurs – further deforested the region. It also started the restraint-free practice of turning the lake and its water-ways into a cost-free sewer. The environmental damage, born first of dispossession, then kicked into high gear with the Solvay industrial processing; and, most recently, has culminated in the massive toxification by mercury and other carcinogens that continue to damage the lake, its life forms, and surrounding ecosystems, human and otherwise. With future generations written off, the very birthplace of the Haudenosaunee Confederacy, a wellspring of American democracy — and sacred lake — was degraded into a Superfund site. All this is in the name of “Progress & Civilization” whose pursuit of more could never be enough.

A decade after Sullivan- Clinton, the myriad waterways and fertile fields of Little Beard’s Town — the former Seneca capital and Haudenosaunee Western Door — was integrated into the Wadsworth family land empire, and divided between Geneseo and Cuylerville. One Jeremiah Wadsworth, the Commissary General of Sullivan-Clinton, became rich and bankrolled his cousins’ land trek into the Genesee Valley. Around 1885, a geologist from Manlius induced a Manhattan financier to back a salt mine in that area. It became the flourishing Retsof mine, the largest salt complex in North America and #2 in the world. Then, in 1994, karma struck back: the mine collapsed and its vast network was flooded. Voluminous methane was emitted and periodically would threaten the underlying aquifer. Surrounding fields were likewise salted and the threat to salinize the underlying aquifer still requires monitoring. Interestingly, the American Rock Salt Company has since taken over. Initially it sparked a firestorm of protest by threatening to undo Seneca graves. Today large-scale salt mining continues 2,400 feet below Cayuga Lake, and 1,500 feet below Watkins Glen at Seneca Lake. Big Salt, warts and all, is a major and enduring beneficiary of the Sullivan-Clinton invasion of Iroquoia.

Salt in the wound? Well, yes: but the wound has become everyone’s. Environmental peril is the major historical consequence of uprooting Haudenosaunee lifeways and values. With karmic precision, the mode of unchecked development implanted by the scorched earth campaign of 1779 has run amok and today is scorching the planet. The celebrated bill of private property rights now requires rebalancing with a bill of collective responsibility to nature and to each other. When King Midas finally despaired that all he touched had turned to gold, he begged the gods to release him from that power; then returned to the forest to heal. If we awake in time to embrace and enact our obligations to the seventh generation as our guiding principle, we too may have a chance to return to the forest and heal our damaged umbilical bond with Mother Earth.